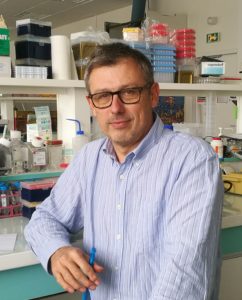 The research team led by Philippe Lesnik is focused on the study of mononuclear phagocytes (MPs) in the context of cardiometabolic diseases. The team main objective is to better understand how different MPs subsets impact on chronic metabolic disorders, with particular emphasis on macrophages and dendritic cells. To this aim, unique mouse models and pre-clinical approaches will be used to decipher the complex interactions between MPs subsets and metabolic tissues. In addition, this team builds on recent cutting-edge preclinical and clinical proof-of-concepts evidencing a relationship between intestinal microbiota, immune cells and cholesterol metabolism in the host. 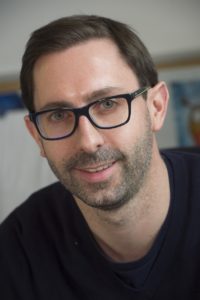 Over the past years, we have mainly focused on macrophage development and function in the steady state as well as macrophages role in acute inflammatory contexts. First, we have shed light (our own work as well as collaborative studies) on several key transcription factors controlling the development, maintainance or function of rMac in a tissue-specific manner (lung, peritoneum and brain) (Gautier EL et al J. Immunol 2012, Gautier EL et al J Exp Med 2014, Kim KW et al J Exp Med 2016, Buttgereit A et al Nat. Immunol 2016). These studies represent groundwork for further explorations aimed at specifying the roles played by rMac in their organ of residency during homeostasis and disease. Second, we explored several aspects of iMac biology in models of acute inflammation. In particular, we studied the molecular determinants of Ly-6C+ monocytes differentiation into iMac (Gautier EL et al Blood 2013, Jakubzick C et al Immunity 2013, Menezes S et al Immunity 2016) and the mechanism by which iMac contracted during inflammation resolution (Gautier EL et al Blood 2013, Calippe B et al Immunity 2017).
Scientific objectives. Overall, we want to pursue and extend the areas of research described above, and more specifically study the roles played by specific MPs subsets in the context of metabolic diseases. During metabolic disorders, lipid overload is usually central to the initiation of inflammatory reactions. Immune cells, and MPs in particular, could integrate and respond to these lipid-induced stresses, impacting on tissue functions. In addition, since MPs are not just sensors of the environmental changes, they could also regulate tissue homeostasis in a way it affects lipid homeostasis. Thus, there are many possible direct and indirect crosstalks between MPs (especially dendritic cells and macrophages) and key organs involved in metabolic homeostasis. We believe a better understanding of the division of labor among MPs subsets will be of interest in order to target and modulate specific MPs subsets functions to combat metabolic diseases.

Specifically, our objectives are to
– better understand how rMac are maintained during metabolic diseases as well as the specific roles they play in disease. We focus on Kupffer cells and use mouse models allowing to specifically target this population;
– test whether improving lysosomal-mediated lipid handling and catabolism in macrophages protects from the development of lipid overload-induced diseases;
– understand how monocytes recruited to tissues get activated, differentiate into iMac and maintain themselves during acute and chronic inflammation;
– understand how adipose tissue (AT) macrophages, and most specifically those recruited during states of energy imbalance (iMac), alter AT progenitors fate (adipogenic versus firbrogenic) to control AT remodelling and dysfunction in obesity;
– determine if CD11b+ cDCs impacts on atherosclerosis as well as control the response to obesogenic diets.

Significance
Overall, we propose to assess how MPs subsets are regulated and how they impact on the tissue dysfunctions observed during metabolic disorders, with in mind to provide the proof-of-concept that targeting specific MPs activities can limit the pathology and its comorbidities. We will follow with the design of new approaches to allow for drug delivery to specific MPs subsets. 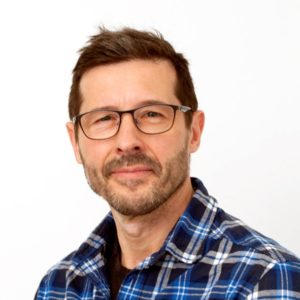 Atherosclerotic cardiovascular disease (ASCVD) and its clinical manifestations, such as myocardial infarction and stroke, are a leading cause of morbidity and mortality worldwide (www.who.int). The underlying mechanisms of atherosclerotic plaque formation involve an imbalanced lipid metabolism and a maladaptive immune response entailing a chronic inflammation of the arterial wall. Multiple lines of evidence have established that cholesterol-rich LDL lipoproteins are directly implicated in the development of ASCVD. Cholesterol is an essential component of vertebrate cell membranes. It is supplied by the diet or can be synthesized endogenously by all cells but red blood cells (RBCs). Reverse cholesterol transport (RCT), the process of removing excess cholesterol from peripheral tissues for excretion by the intestine, is critical to maintain cholesterol balance and, as such, has been an area of intense research as it bears the potential to reduce cardiovascular disease risk. Notably, we established that hepatic-SRB1-mediated cholesterol uptake was critical to fuels the RCT, decrease plasma cholesterol and atherosclerosis (Huby, et al. J Clin Invest 2006, El Bouhassani, et al. J Biol Chem 2011). Although lipoproteins ensure the dynamic transport of cholesterol within blood, RBCs carry also large amount of cholesterol and may also contribute to RCT (Hung et al, ATVB 2012). Inversely, impairment of RCT leads to noticeable modifications in RBCs cholesterol pool and blood concentrations (El Bouhassani, et al. J Biol Chem 2011). Thus, cholesterol homeostasis and RBCs metabolism appear to be tightly linked but the mechanisms remain to be identified.

Erythrocytes maintain an intimate relationship with macrophages (Mac) from birth to death. Notably, Mac promote erythrocyte development within erythroblastic islands in the bone marrow (BM) and senescent or damaged RBCs are phagocytosed by specialized Mac found primarily in the liver and spleen.

Our team has contributed with others to reveal that modulation of the pool of tissue Mac in vivo resulted in important changes in cholesterolemia. More precisely, chemically-induced depletion of tissue Mac (i.e. clodronate liposome) or diminished Mac survival (with reduced Mac population) through transgenic approaches were associated with plasma cholesterol elevation (Shearn et al, ATVB 2012; Bouchareychas et al, CVR 2015). Yet, the mechanisms or else the specific tissue Mac involved remain to be identified.

The overall objective of our research program is to decipher the mechanistic pathways linking RBC and cholesterol metabolisms and the role played by macrophages in cholesterol homeostasis in the context of cardio-metabolic diseases.

THEME 3. To decipher functional links between MPs including dendritic cells, gut microbiome and cholesterol metabolism – Philippe Lesnik
Scientific context
Survival of dendritic cells (DCs) impacts cholesterol metabolism through crosstalk between liver gut and microbiome. In genetically manipulated mouse models in which DCs survival (CD11c-hBcl2 Tg; apoE-/-) (GM-CSF-/-; apoE-/-) (CD11c-cre; IRF8flox/flox; Ldlr-/-) or functions (alteration of TGFb signaling in DC) were manipulated, we (Gautier et al. Circulation 2009) and other groups have reported unexpected changes in plasma cholesterol levels. However, the mechanisms of such beneficial effects remain to be elucidated. Briefly, in the dyslipidemic CD11c-hBcl2 Tg model, we found that the reduction in plasma cholesterol levels is associated with changes in gut microbiota activity, which resulted in modification of cholesterol to coprostanol conversion, and of hydroxylation of secondary bile acids (BAs). Hence, this new metabolite milieu decreases intestinal cholesterol absorption and favors faecal sterol excretion due to changes in bile acids hydrophobicity. Our data also suggest that dendritic cells orchestrate metabolic responses through local adaptive immunity (sensing of gut microbiota), through mechanisms that involve gut barrier alterations (modulation of enterocytes, goblet cells functions) and regulatory immune mechanisms (Deswaerte V. et al manuscript under revision). We also demonstrate that DCs survival, has profound effects on intestinal microbiota composition and metabolic activities, thus affecting insulin sensitivity and adiposity (Lecuyer E et al. Diabetes 2021) and that gut microbiota can impact significantly host cholesterol metabolism (Le Roy T et al. BMC Biol 2019; Villette et al. Front Pharmacol 2020). This is consistent with emerging data demonstrating that gut microbiota composition and functions are involved in the development of chronic immune and metabolic diseases such as obesity, diabetes, liver diseases and atherosclerosis. Moreover, statins, which are the first-line treatment for the prevention of CVD, display antimicrobial properties as well as pleiotropic properties on host cells (including immune cells), hence our aim is to characterize the microbial and immune contribution to therapeutic response. The efficacy of a treatment may largely vary between patients or models according not only to genetic but also to environmental factors. Identification of such factors is crucial to identify the mechanisms of the targeted disease and consequently to improve treatment efficacy and personalized medicine.

Hypothesis
Notably, we will focus on the role of BAs that are cholesterol derivatives synthesized in the liver and then conjugated before secretion into the bile and small intestine. In the intestine, BAs control bacterial proliferation and overgrowth, whereas bacterial enzymes modify primary BAs through deconjugation, epimerization, dehydrogenation, dehydroxylation, and sulfation reactions to produce secondary BAs, which are reabsorbed for further processing and delivery of information to the host. Indeed, one attractive mechanism relies on a modulation of the functionality of bile acids by specific bacterial enzymes as BAs are now recognized as important signaling molecules with systemic endocrine functions. BAs are natural ligands for the nuclear receptor, farnesoid X receptor (FXR), and the plasma membrane-bound bile acid receptor TGR5. Through agonist or antagonist activities on these receptors bile acids regulate lipids and carbohydrate metabolism, energy homeostasis as well as immune responses. The global signaling capacity of BAs extends outside the gut-liver axis as suggested by expression BA-receptors in other key organs and cells including heart and immune cells.

Objective
Collectively these results highlight reciprocal interactions of the gut microbiota and immune system that can impact cholesterol metabolism. Thus, our objective is to further unravel the causal molecular mechanisms at work between host (via dendritic cells) and microbiota (via microbial metabolites [e.g. secondary BAs]).

For this purpose our objectives involve
– Aim 1. to decipher the mechanisms of Bcl2 induced tolerogenic functions of dendritic cells in order to improve mucosal barrier integrity and endocrine functions of the microbiota. Transcriptomic analysis of DCs identifies candidate genes and gene sets in CD11c-hBcl2 mouse models, that will be further explored in vivo for their protective functions with a specific focus on the implication of secondary BAs.
– Aim 2. to reveal the causes of inter-individual variability of the effect of the hypocholesterolemic drugs statins through microbial-dependent and immune-dependent mechanisms in order to predict and optimize their efficacy and safety. Preliminary data obtained in avatar mice carrying specific microbial community from independent donors shows statin-specific responses and recipient-specific responses underlying pleiotropic but also beneficial/deleterious effects of statins as well as the variability in response to treatment.

Significance
Besides gaining mechanistic insight and identifying new pathways of improving gut barrier integrity, these projects should help to optimize use of therapeutic cholesterol-lowering drugs and to decipher how BAs may potentiate or on the contrary antagonize their therapeutic effects, notably in dyslipidemic experimental and clinical situations. 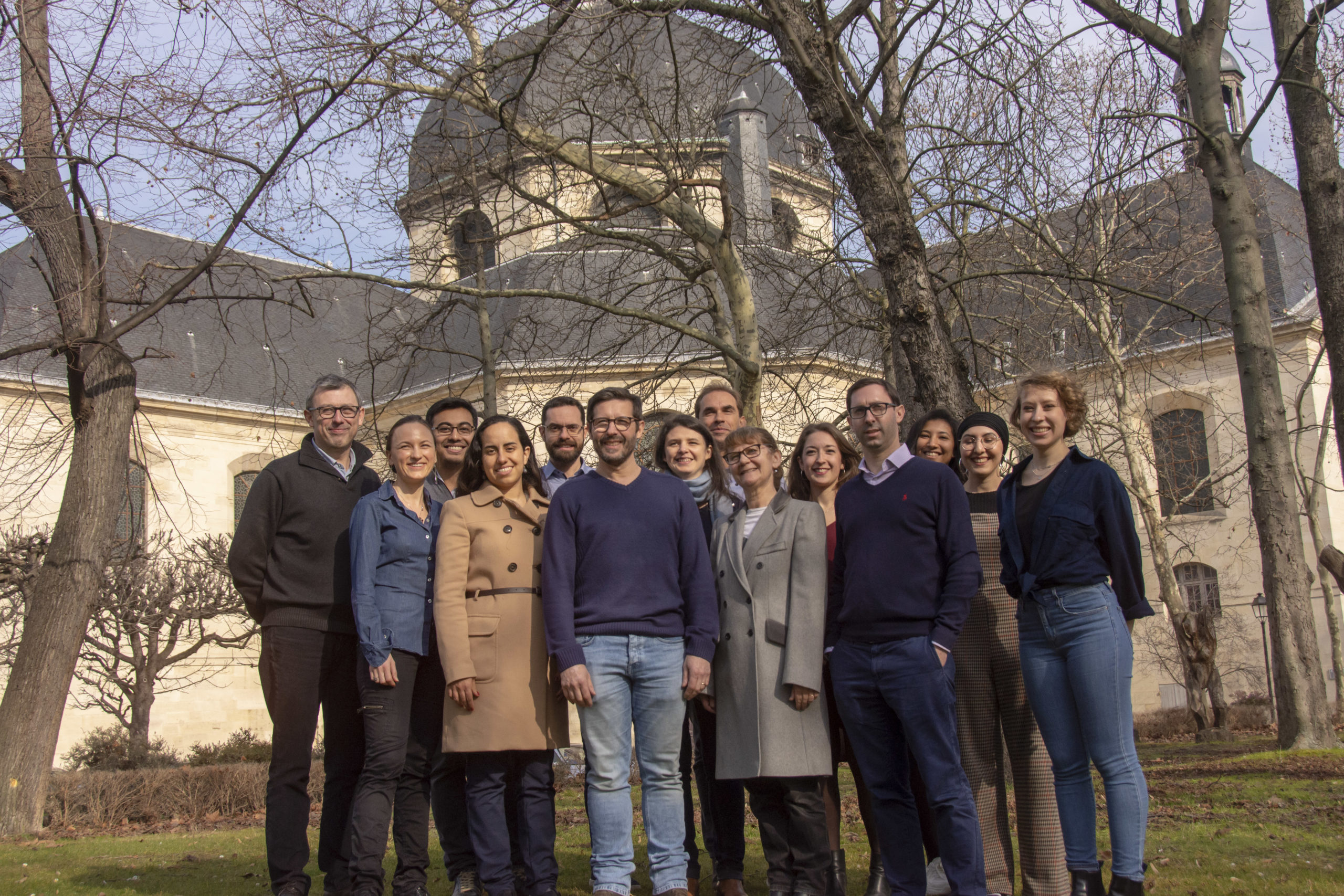